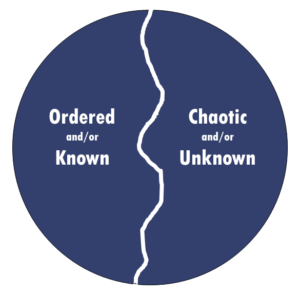 As the host of a show about having more fun than anyone else you know, I invest a lot of time thinking about just exactly what having fun means. To me, in addition to being unadorned, unpretentious amusement and entertainment, fun is serious business.

I guarantee you I have loads of fun bicycling, hiking, food, wine, bourbon and beer tasting, skeet shooting, working out, ballroom dancing, following my football teams, travelling, hanging out with family and friends, and a host of other things that have traditionally been considered fun. Even more importantly though, there’s a deeply significant mental, intellectual aspect to having fun. It’s the component of fun that’s a prerequisite for genuine self-actualization.

I touched on this notion in Episode 36 which is about fun as a moral, ethical responsibility, but there’s more to it than that. Actually quite a lot more.

Learning is fun. Reaching a goal is fun. Overcoming a challenging problem is fun. Even dealing with the inevitable tragedies that life throws at us is ultimately fun. Certainly not at the time when we’re in the middle of it all… But when it’s over… Having survived and conquered a genuinely tough situation – a catastrophe – one gets a broader, stronger perspective that enhances how we live, appreciate and enjoy – how we have more fun in our lives.

So what’s a good way to think about fun in the larger context?

For me, the image at the top of this episode’s show notes is a terrific start. Think of where you are in your life as a circle divided into two halves with a fat line down the middle. The left half is organized. You know everything you need to know about every thing and every thought in there. It’s safe. It’s comfortable. It’s soothing. The right half is chaotic and you don’t know squat about it. It’s risky. It’s disagreeable. It’s terrifying. That fat line down the middle? That’s where you live.

A flexible, day-to-day, sometimes even hour-to-hour balance between the well-ordered known vs. the chaotic unknown delivers an optimal blend of experiences.

The good life – the fun life – is right smack on that fat line down the middle. Well almost…

Maintaining the balance doesn’t quite optimize things. Think in terms of roller coasters. You know the image… Cars zooming downhill or careening around a loop-de-loop with passengers screaming their lungs out. Now that’s fear! Or is it excitement? Or is it a combination? For sure it’s a crystal clear example of stepping out into the fear-filled chaos – and then feeling that palpable relief and calm as the cars ease back into the loading/unloading zone. Ahhhh… back to the calm, ordered, safe, comfortable known.

But then what do all the riders do? They get off the ride and walk around the corner to get back in line to do it all again!

It’s the intentional stepping out into the chaotic unknown that generates the truly memorable experiences.

You know exactly what I’m talking about. You’ve experienced it yourself – on a roller coaster, or standing up in front of a crowd to speak your mind, or volunteering to complete some important task when you know you don’t know enough – yet – to get it done, or committing to a life-long marriage, or telling your bullying, arrogant boss that he’s dead wrong this time, or quitting your corporate job to start your own business. We’ve all had that tightness in the belly and the lump in the throat.

And when it’s over, and we realize the sky hasn’t fallen, it feels really, really good. And more importantly – much more importantly – we realize we’ve learned a thing or two or three that will be useful in the future. It was directly dealing with the chaos and the unknown that caused that learning to occur. And we think maybe it would be fun to feel that adrenaline rush again – and to learn still more.

I’m your Intentionally Vicarious host, Todd Youngblood. On my way out the door to try to slay another dragon – and certain I’ll be having more fun than you! Thanks for listening!